did any of you read this letter written to the editor of LAVA magazine in the april/may issue?  if not, here it is: 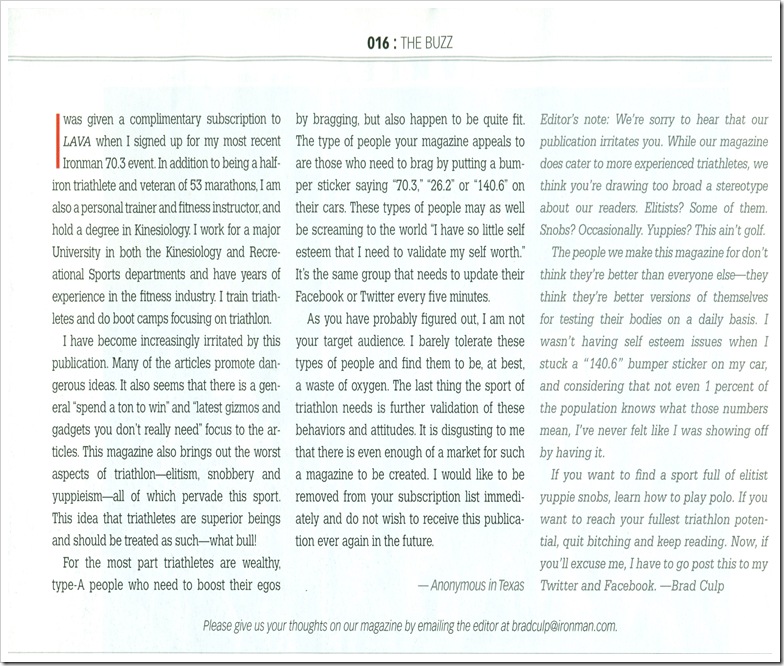 first of all,  this dude doesn’t even have the balls to sign his real name because he knows he’d have a target on his ass at the next race he goes to. second thing, if you read the second paragraph, he spouts off at the mouth about dangerous ideas but doesn’t give not even one example. surely, someone as educated as he is (see first paragraph), would do a better job of backing up his accusations with some valid examples. sounds to me like he’s had a little too much HATERADE in his life and the reason he isn’t on facebook or twitter is because he probably doesn’t have any friends with that cranky attitude of his.

hey anonymous, you look like you could use another! 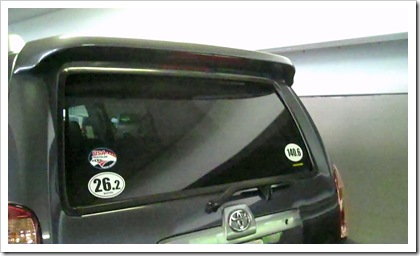 i love my “obnoxious and disgusting” stickers!
i would love to hear what you think about this letter to the editor. is there some truth to it?
much love and peace out!
Posted by KC (my 140 point 6 mile journey) at 5:24 PM