just for fun, i thought i'd do a mostly picture post tonight of some of my marathon and half marathon medals from 1998 to the present. i'll throw in a few other pics as well that are related and mean a lot to me or just make me LOL. 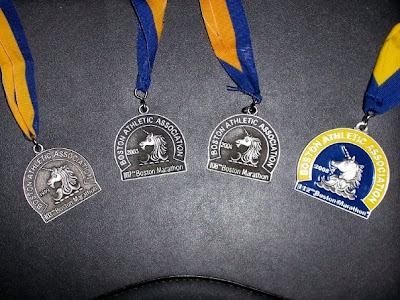 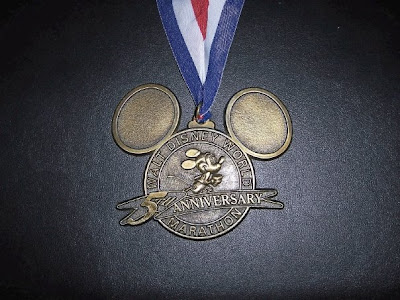 my first marathon medal...Disney marathon 1998. i was hooked from then on. 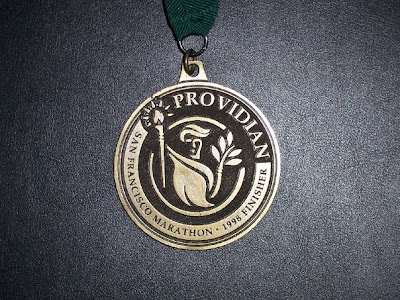 2nd marathon was the San Fran marathon in 1998. i figured i needed more of a challenge so the hills it was! 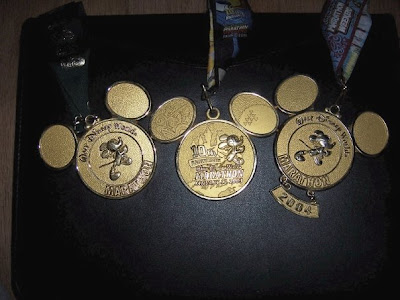 a few more Disney marathon medals. i don't see anymore in my future. Disney is too high maintenance for me. i don't need all the fluff or crowds. 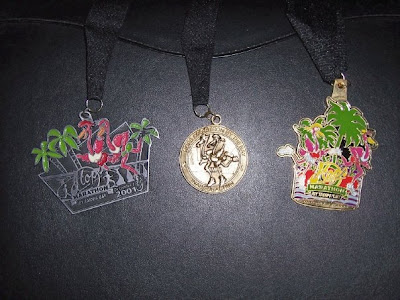 Tampa marathon medals. the middle one was from the inaugural run in 2000.  all the one's i ran were HOT! 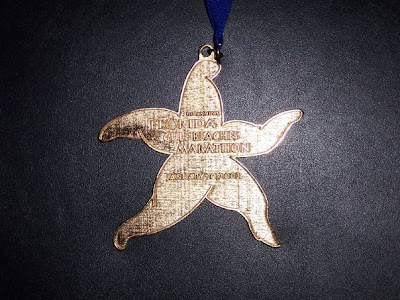 one of my favorite shaped medals. this is from the florida gulf beaches marathon (aka: Clearwater marathon). 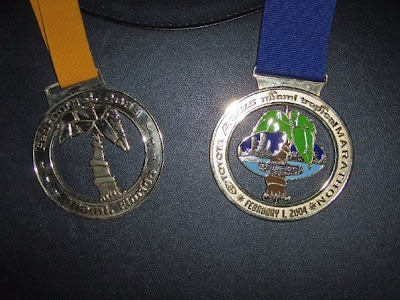 miami marathon medals from the first and second year. the one on the right spins in the middle. 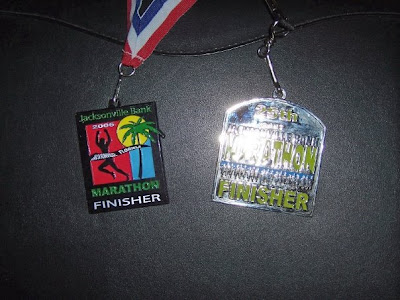 jacksonville, florida marathon. this is one of my favorite marathons to run. a great boston qualifier and no fluff! very low maintenance, easy to get there and leave without all the crowds and traffic. 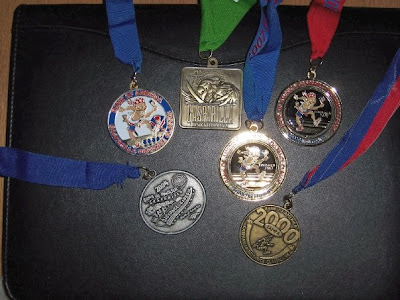 an assortment of Gasparilla 15K medals. always a pirate or flamingo theme. 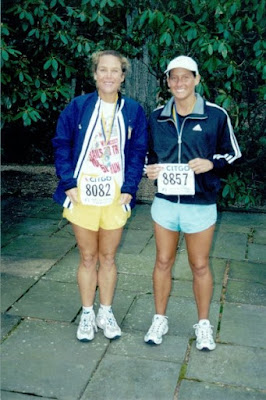 Amy, my running buddy and I after running our first Boston marathon in 1999. ran that one with a stress fracture. thank goodness for Aleve. good times! 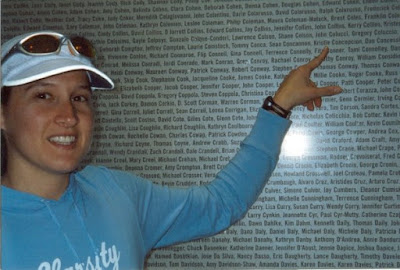 2004 Boston marathon, my second one and no stress fracture. found my name on the wall of runners. that was cool. 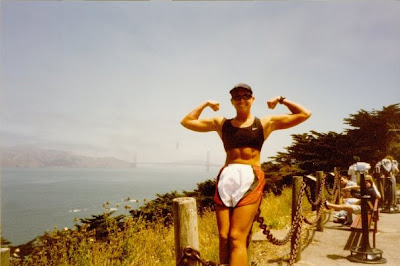 goofing off after running the san fran marathon 1998. it was still foggy. you can faintly see the golden gate bridge in the background. 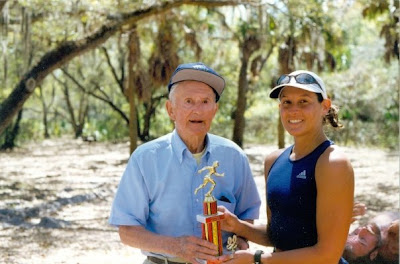 and this is one of my all time favorite pictures. this was a 50K trail run in Sarasota, Florida called the Knight's Trail run. does anyone know who that is giving me a trophy for winning overall female?
Per the Boston Marathon website:
One of the most colorful characters in the history of the
B.A.A. Boston Marathon, John A. Kelley, was a fixture of the race for nearly seven decades. A starter on race day 61 times, Kelley completed 58 Boston Marathons. Kelley was not only a two-time winner of Boston (1935 and 1945), but he also finished second a record seven times and recorded 18 finishes in the top 10. Kelley first competed in the race in 1928, but it was not until 1933, in his third attempt, that he completed the course, placing 37th in 3:03:56. He completed his last marathon at Boston in 1992 at the age of 84. In 1993, the statue "Young at Heart" was dedicated in honor of Kelley. Located at the base of Heartbreak Hill in Newton, a landmark which had its name coined in reference to one of Kelley's seven runner-up performances, the statue depicts a young Kelley winning in 1935 at age 27 and clasping hands with an older Kelley finishing in 1991 at age 83. The sculpture stands in tribute to his longevity and spirit. Kelley served as the Boston Marathon's grand marshal from 1995-2004 (missing only 1999 due to illness), preceding the race in a pace car. On October 6, 2004, John A. Kelley passed away, leaving behind him an endless trail of contributions to the sport of running that will continue to inspire generations of athletes for years to come.

thanks for reading and hope everyone had an awesome weekend. i sure did but it was HOT and FUMID (i did spell that with an F on purpose) but still got all of my training done. much love and peace out!
Posted by KC (my 140 point 6 mile journey) at 9:10 PM