suckage to the n'th degree

***warning***
i am all over the place today people! i have an overwhelming amount of scattered thoughts that i'm about to vomit onto this blog, so go grab a drink (i'll wait), take a xanax if you have one, kick up your feet, and enjoy. 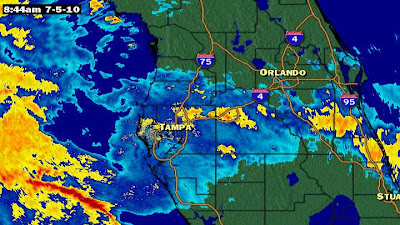 Total suckage! this is the crap we have had everyday since friday. nice, for a holiday weekend huh? the rain has been plentiful and the riding/training not so much. let's rewind to thursday night. it's pouring rain but as almost always, the rain is long gone by morning, so i still had my plan in mind to get up early, hit the pool and ride after. friday morning arrives quickly at 4:45am so i get up, grab some coffee, check a few emails and get my swim bag and myself ready to roll out. the plan was a quick 2000 meters and then get back home to meet up with the j-man for a 30 mile bike ride before heading into work. i step into the garage, throw my bag in the car, open the garage door and WTF? i had no idea it was STILL raining. now usually i can hear the rain from inside but i didn't this time. maybe i was still half asleep? i made a quick decision to not chance going. a few things that i thought of in a matter of seconds to make that decision: (1) the lifeguards probably overslept anyway because the lightning probably knocked their electricity out and in turn, their clocks were still blinking, or (2) the lifeguards were on time but after one look at the radar, they see lightning in Texas and decide it's too close and won't allow us to swim. in all seriousness, i knew that i would be getting out of work at noon anyway, so swimming later would be the best option. i took my swim bag with me and my plan would be to hit the Y on my way back home. remember all the rain i mentioned earlier? it was STILL raining when i left work. i came straight home and chilled for a while. then, at about 3:30pm, a break in the weather...no rain, no lightning, no thunder. it's go time! i got to the pool at around 4:30pm and it was so eerie. there was nobody there except the 2 lifeguards! not one swimmer, except for me. good to know that friday, late afternoon, is a great time to go swim. after i got done swimming, i hit the treadmill for 4 miles of intervals. i've never minded running on a treadmill. in fact, i've done a handful of 26.2 mile runs on the treadmill when training for a marathon and my sanity remained intact, which the same cannot be said for riding a bike trainer inside. after 2 hours, my brain is fried and for the life of me, i can't figure out how the 2 could be so different mentally. anyway, i like that i can dial in a pace and hold steady on the treadmill, which helps when you head out for the actual race. you can actually teach yourself to recognize and feel the pace you want to have.
the last 2 days, saturday and sunday, we were able to sneak in a 50 miler and a 30 miler in between all the rain but nowhere near the mileage we were planning on. after the 50 mile ride on saturday, i ran 3 miles at an 8:10 pace and felt like i was running 10 minute miles. i'm always amazed at how it feels so much slower than actual pace. thanks to my garmin for keeping me honest!
speaking of the garmin, i finally put all of the accessories to use. the heartrate monitor is so comfortable. i only used a heartrate monitor a few times in the mid 90's but quickly abandoned it because it was so bulky and made me feel like i couldn't breathe. i also put the cadence/speed sensor on my roadbike so that i could pick up all the data while riding inside on the trainer. i've never been one to live or die by heartrate, but it is pretty cool to see the data once it has been uploaded.  i also learned something not to do with the garmin when outside running or riding. in my case it was running.
as comfortable as the unit feels facing palm up, don't do it, especially in an area with lots of tree coverage. you will lose satellite contact and will be very pissed when you see a 9 to 10 minute mile, average pace, pop up when in fact, you know you were running an 8 minute mile. i noticed that a couple of my miles were off my normal pace by about a minute. i quickly remembered reading that the face should be facing up for best satellite reception and turned the watch back over. too bad, because it is way more comfortable the way you see it in the picture.

TdF is in full swing. yesterday was full of crashes especially in the last 2km. did you all see the crash earlier on with the dog? i guess they don't have leash laws in that part of the world like they do here. this is just one of many dog incidences in the TdF. personally, if i were on of the riders that crashed with someone's dog, i'd want to kick the shit out the owner for being such a dumbass. here is a video of one of my favorite dog crashes:

next on my list of important topics, the 2010 nathan's hotdog eating contest. this year was totally disappointing to me. joey chestnut only ate 54 hotdogs, which was 14 less than last year. i don't blame him since he really had no competition. without kobayashi there to compete against him, this was about as exciting to watch as paint peeling off the wall. it's hard for me to believe that the governing body of professional eating and kobayashi are locked in a dispute, much like a sports figure holding out for more money before he signs a contract. then, after the contest was over, kobayashi was arrested and charged with trespassing and resisting arrest. what is this professional world of eating coming to? next they will test for performance enhancing drugs! rumor has it that my buddy, jeff, at dangle the carrot, was on scene as a competitor spectator last year at the hotdog eating contest. i know last year was an exciting one to watch on t.v. so i can only imagine how much fun it would have been to be there in person. how many did you end up eating jeff?

as i mentioned before in a recent post, i've been experimenting with different nutrition options before, during and after training, but mostly the before and during. on thursday morning, i did my long run (12 miles) and took along a apple pie lara bar. i ate it little by little throughout the run and timed it so that i could take in water shortly after. i had no issues until i hit mile 11 and could feel my tummy rumbling a little. thankfully, i only had 1 mile to go and made it home with a finishing time of 1:41:51.  my conclusion with this lara bar is that it may have too much fiber to use during training but it may be perfect for part of a pre-race meal eaten a couple of hours beforehand. back to the drawing board-next on the list before the long run will be a half of a white bagel (not my usual whole wheat) with some natural peanut butter on it. even though i've never been one to eat much before a run, especially a marathon, i went against my better judgement and ate a huge marble bagel with natural peanut butter on it before running the Boston marathon in 2008...it was one of my best run marathon's ever!

ok, i need to get my butt in gear now. i'm not seeing an end in sight for this rain, so i'm going to hop on the trainer and see how long i can stand to be on it, then i'm heading to the Y for a run on the treadmill and then a swim after.

i hope everyone is having better weather than we are and that you've been able to get out and enjoy it. i will leave you with one more video that almost made me pee in my running shorts. i haven't laughed that hard in ages. pay particular attention when the video gets to the 30 second mark: